Royal Rumble is a FAST paced Duo Cage-match comedy show! 3 rounds of improv action. Half of the teams move on each round but only 1 winner is crowned the CHAMP.

Royal Rumble culminates in a grand championship at the end of 2019!!

Who will be crowned the first ever ROYAL RUMBLE DUO CHAMP? Come find out and cheer for your favorite team. 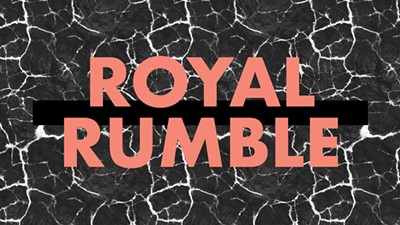