In-Between is a new show that highlights creative, live performance that lives between different genres. This first event kicks off with an incredible list of performers, featuring:

This show grew out of Twist and Shout, a show that blends improvised music with improvised comedy that formed in May of 2018. In Between invites a variety of performers to live in the playful spaces between defined creative practices. 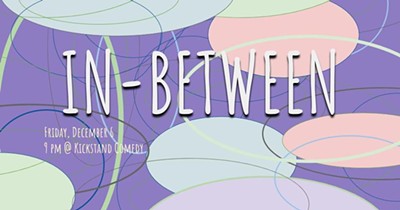