We are thrilled to announce the Kickstand Training Center's December Class Show!! See some of the best new talent around show off what they've learned in class and support a night of rad local comedy from some hard-working up and comers!!

Part of Kickstand Comedy's mission is to eliminate barriers from comedy - a portion of seats at every Kickstand show are pay-what-you-want. 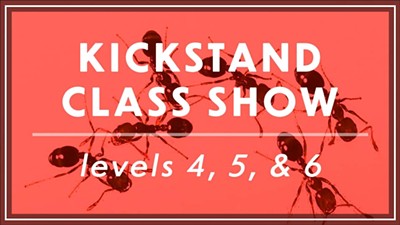