They Came From the Bins

They Came From the Bins! is a comedy show like you've never seen before. Each character, improv set, and bit is inspired by thrift store items for less than $5. Every month a new crew of comedians take a magical trip to the Goodwill Bins (where you pay by the pound) together to find inspiration from the rejected and strange goldmines the Bins have to offer.

The comedians then have less than a week to come up with whatever bits their hearts desire! The last step, you as an audience get to enjoy the weirdness the comes from the brains! Come out and see your favorite Portland comics and improvisers make comedic gold out of nothing!

Hosted by the enigmatic Michael Zimmer.

** Part of Kickstand Comedy's mission is to eliminate barriers from comedy - a portion of seats at every Kickstand show are pay-what-you-want. 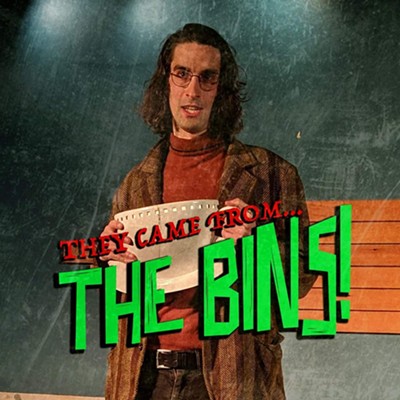