N8NOFACE is an artist who defies comparisons. Originally from Tucson, Arizona, his minimal-wave/synth-punk sound is not about nostalgic lo-fi nor home-recorder formulas, but his own distinctive style. The result is the sound of rapid-fire punk moshing and damaged pop music, telling stories from the underbelly of Tucson and Los Angeles: from narcos and drug deals and jackings going horribly wrong, to toxic relationships, to stories of police brutality and people too concerned with surviving in America to give a fuck who the president is. 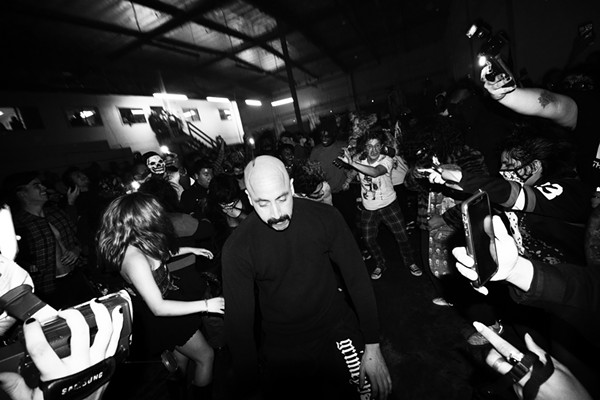