Jeffrey Silverstein is a songwriter based in Portland, Oregon. Drawn to the Pacific Northwest from his native New Jersey, Silverstein channels a decade of experience in bands on the East Coast (Secret Mountains, Nassau) into music that conjures vistas both inward and outward. He recorded his first solo EP, How On Earth (2019), at the Sou’wester Lodge on the coast of Washington inside the same vintage airstream motorhome where he lived as artist-in-residence. The result was an elegant collection steeped in atmosphere and sense of place and portending deeper things to come. Arriving the next year, You Become the Mountain (2020) delivered on that promise, crafting from a vibrant, spiritually centered palette that NPR described as “cosmic country with a gentle sweetness.” Key to this transition was the production of Ryan Oxford at The Center for Light, Sound, and Color Therapy and accompaniment from pedal-steelist Barry Walker Jr. (North Americans, Mouth Painter) and bassist Alex Chapman (Parson Red Heads). Together they sought to give depth and form to the album’s guiding meditation as expressed by Jon Kabat-Zinn: the vision of sharing in the massiveness and the stillness and the majesty of the mountain.

Note: “Joy was at the center of making this record and I could not be more excited to put it into the cosmos. I have immense gratitude for Ryan, Barry, and Alex for helping actualize this record and to all my friends and family for their support. Listening back to the initial mixes, I found myself laughing and crying simultaneously. It was the closest I had come in years to being able to translate ideas and emotion into sound. I hope it resonates with you.” - Jeffrey Silverstein

Janssen and Miller’s digital/analog interplay creates its own language of crisp electronics and guitars, writhing together to create languid dance grooves that switch easily between moments of exuberant open heartedness & vulnerability, and woozy, hallucinatory introspection.

With eight songs, Dana Buoy leaves behind a neon lit, self-aware paper trail, following the heartbreak, disconnection and happiness of a modern man. Moogs, Dreadbox synths, chiming guitars and the taut groove carry a guarded, of the moment (but weirdly-not-cynical) series of elegantly conceived tales 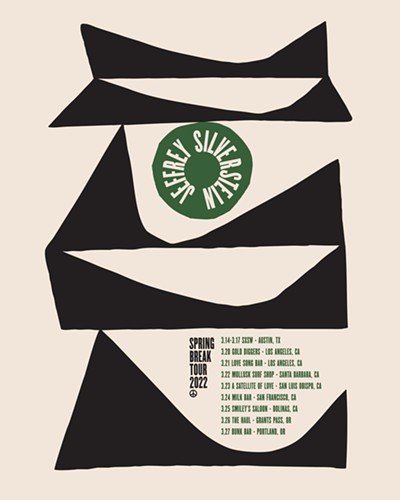