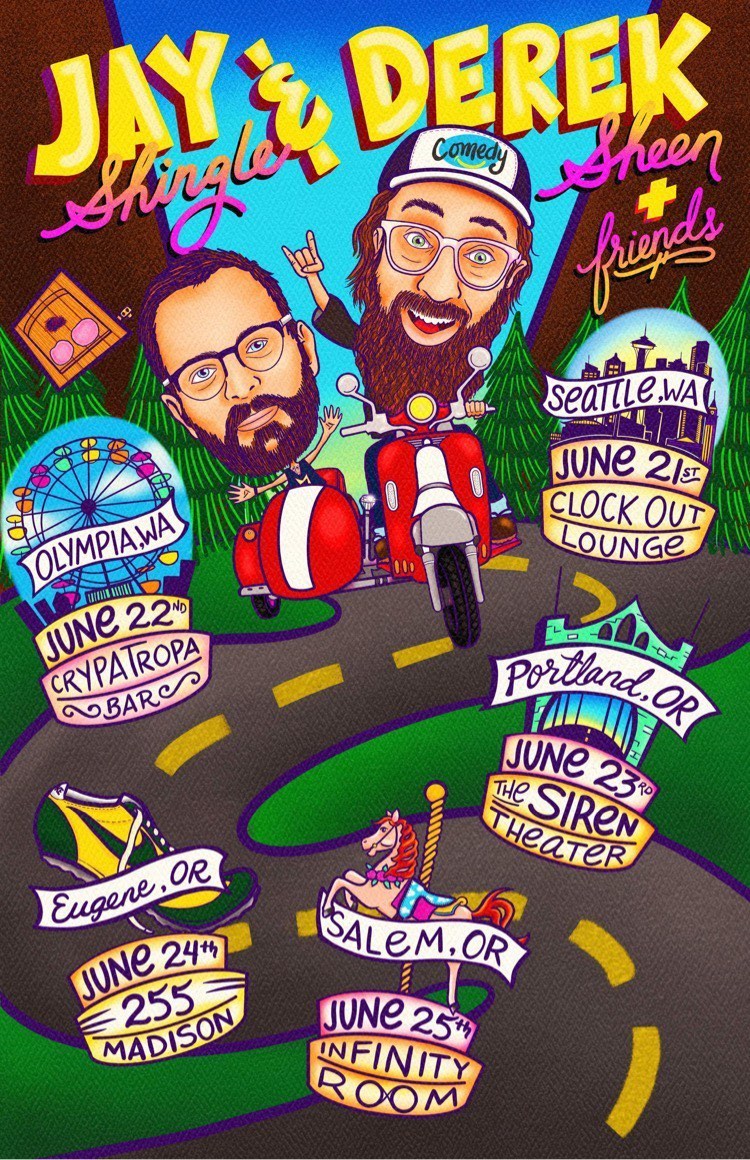 A night of stand up comedy from Jay Shingle and Derek Sheen!

Jay Shingle  is a comedy performer, musician, meme creator, and writer living in Oakland, CA via Portland, OR. In his live act he combines stand-up comedy, prop comedy, and music into a mind-bending display of visceral goodness. He has opened for performers like Creed Bratton of "The Office" and Sarah Squirm (Sherman) of "SNL." He opened for DJ Douggpound and Brent Weinbach on the Pound House Tour 2019 (Portland & Seattle). He was a featured performer at High & Low Festival in 2017 & at SF Sketchfest 2020. He wrote & starred in The Hard Times video "Hard Times Fortune Teller" on The Hard Times Facebook page, where he is also a contributing writer. He is the creator of @ordinarypeoplememes on Instagram with 193,000 followers, named one of the best 11 meme accounts by Harper's Bazaar.

Derek Sheen is a cuddly mess of insecurities and a gifted, one-of-a-kind storyteller. His ability to mine humor from the dark, humid corners of the human condition has made him a cult favorite of comedy nerds around the globe.
Despite a lack of television or film credits, he has amassed a pretty loyal fan base touring with comedy legends (name-drop alert!) Brian Posehn, Patton Oswalt and Janeane Garofalo.
Derek Sheen has released four critically acclaimed albums on Minneapolis based Stand Up! Records, with Grammy Winning producer Dan Schlissel. All four albums are available for streaming on Spotify and Apple Music right now! 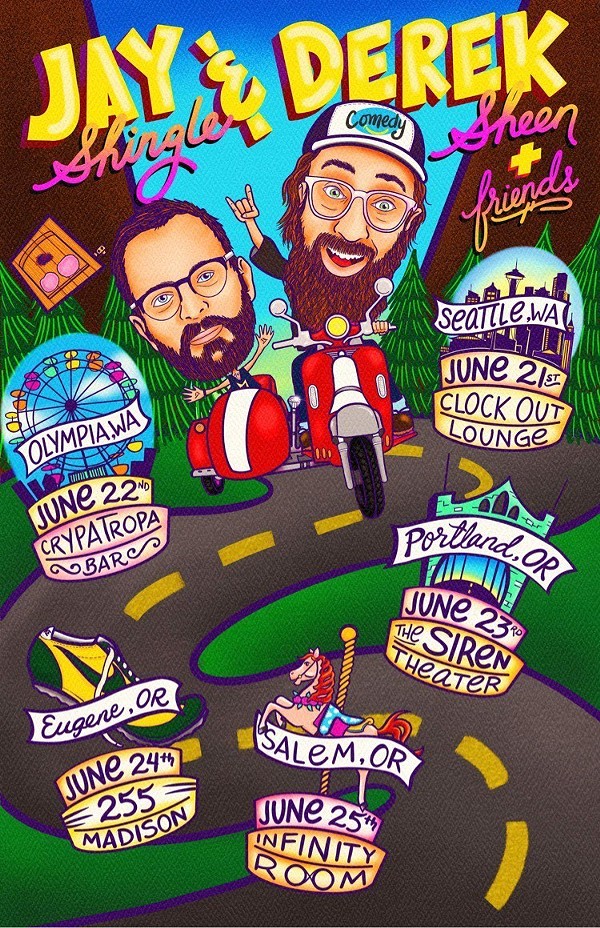