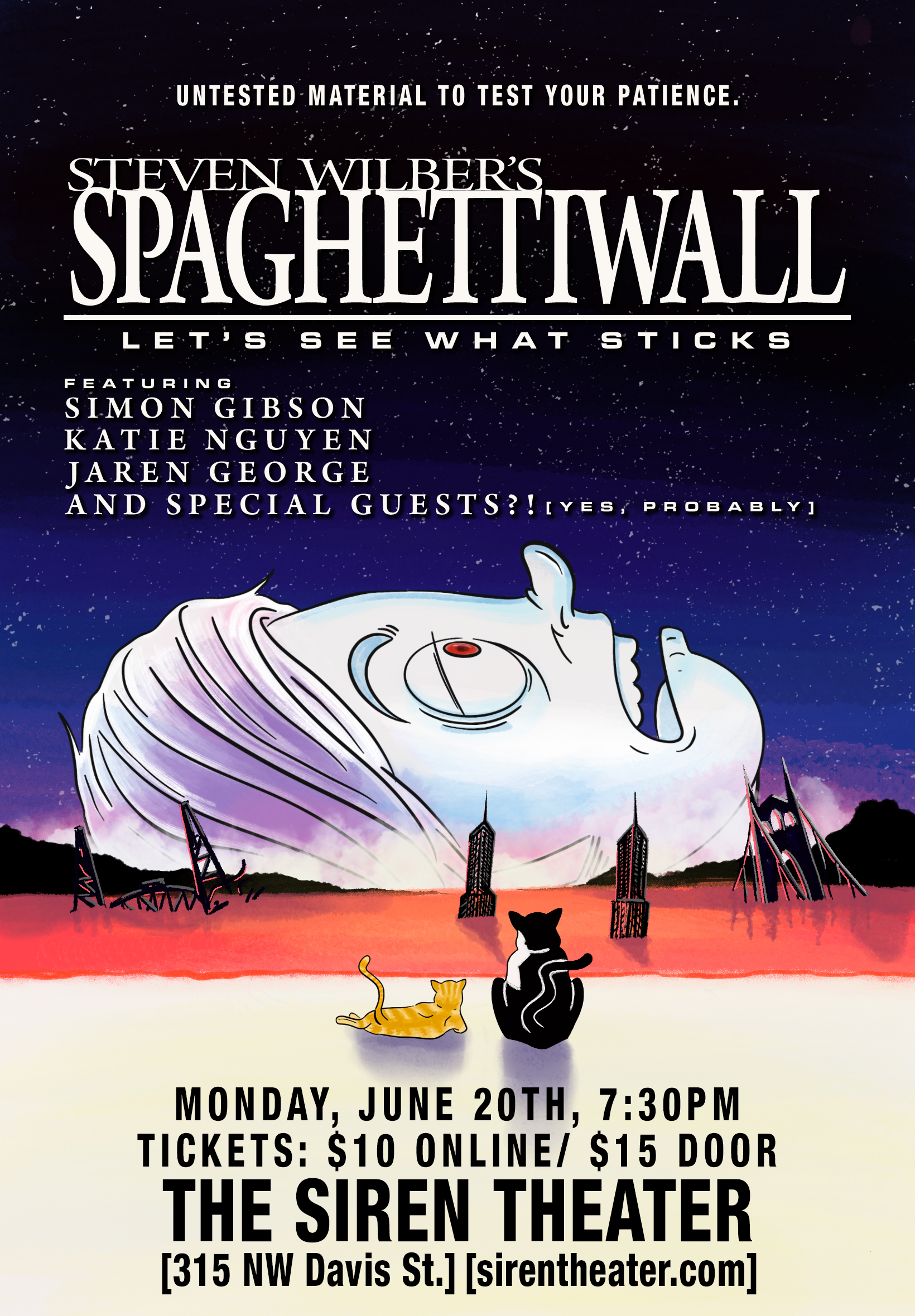 Locally-originated and well-regarded comedian, Steven Wilber (Portland’s Funniest Person, Montreal Just for Laughs festival, probably some other stuff), is back and backer than ever!

Doing comedy in LA is hard, so he’s taking it out on you by bringing his closest approximation of comedy to the Siren Theater for an evening full of untested material, rarely seen bits, new twists on old stuff and blind confidence. If you like experimental and out-there comedy, this show is sure to leave you saying “Well, I definitely liked some of that,” and/or “Poor guy. I hope he at least broke even.”

Interested? No? Okay, well what if I told you he’s also bringing along some of the funniest people around to help make this all an easier pill to swallow?
Simon Gibson (Famous!)
Katie Nguyen (Also famous!)
Jaren George (Not super famous right now, but definitely on his way to becoming famous!)
And some surprise guests, who at this time have not confirmed that they can make it, but I’m 95% sure they will!

Monday, June 20 at The Siren Theater 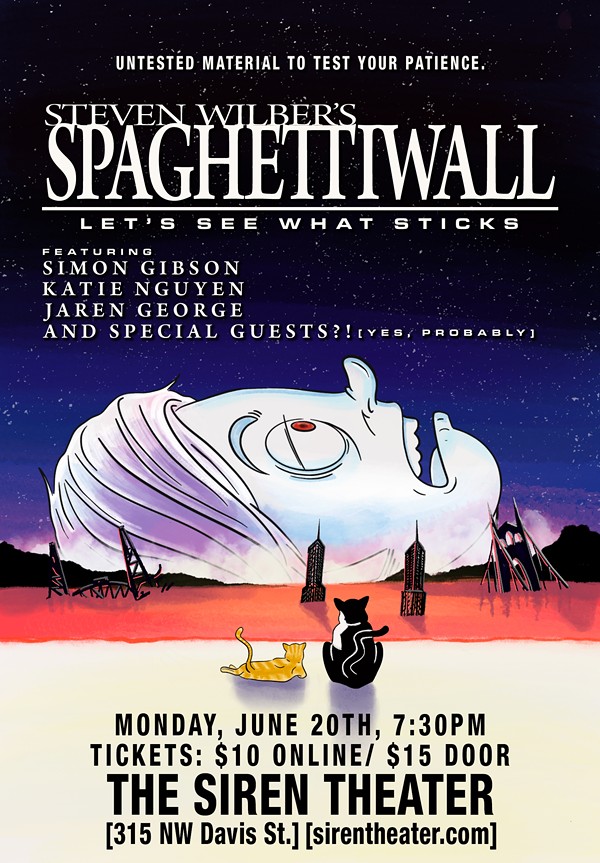