The Heavy Heavy create the kind of unfettered rock-and-roll that warps time and place, immediately pulling the audience into a euphoric fugue state with its own sun-soaked atmosphere. Led by lifelong musicians Will Turner and Georgie Fuller, the Brighton, UK-based band began with a shared ambition of “making records that sound like our favorite records ever,” and soon arrived at a reverb-drenched collision of psychedelia and blues, acid rock and sunshine pop. As revealed on their gloriously hazy debut EP Life and Life Only, The Heavy Heavy breathe an incandescent new energy into sounds from decades ago, transcending eras with a hypnotic ease.

In dreaming up Life and Life Only, The Heavy Heavy tapped into many of the musical touchstones that Turner describes as “deeply entrenched in our psyche”: Peter Green-era Fleetwood Mac, the Rolling Stones, British Invasion pop acts like the Hollies, folk-blues duo Delaney & Bonnie, to name just a few. Pushing past the confines of reverential pastiche, the band imbues their output with a strangely charmed quality and heady authenticity undeniably tied to their status as artists on the fringe, both philosophically and geographically. To that end, Turner hails from the remote town of Malvern, an enchanted stretch of the English countryside once frequented by the likes of Led Zeppelin and Black Sabbath and Kate Bush.

“It’s famous for the healing qualities of its water, and there are ancient trees where the Druids used to worship—there’s a sort of magical-hippie aspect to it,” he notes. Fuller, meanwhile, elevates every track with her spellbinding vocals and magnetic yet wholly unaffected presence, building upon a kaleidoscopic career that’s included performing at Montreux Jazz Festival as a teenager as well as acting in the London theater.

Rooted in their effusive harmonies and fuzzed-out guitar work, Life and Life Only contains the first track Turner and Fuller ever recorded as The Heavy Heavy, a lilting piece of psych-pop titled “Go Down River.” “I’d had this song a while and couldn’t quite finish it, but then once Georgie added her vocals it all came together,” Turner recalls. “The male-female harmonies gave it this whole new sound; it just felt like lying in the green grass on a hot sunny day.” Self-produced in a London flat, the six-track project also brings that transportive power to songs like “Miles and Miles” (a bright and jangly number whose whirlwind velocity calls to mind late-’60s/early-’70s road dramas like Easy Rider and Vanishing Point), “Man of the Hills” (a groove-heavy homage to Turner’s otherworldly hometown), and “Sleeping on Grassy Ground” (a sweetly languid epic featuring a near-operatic vocal performance from Fuller, a classically trained singer).

With their full-length debut due out in 2023, The Heavy Heavy recently expanded their lineup to five members, allowing for an even more vast and bombastic sound now touched with heavenly four-part harmonies. A massively prolific outfit who’ve written and recorded hundreds of songs in the last two years alone, the band feels perpetually inspired by the pursuit of making music that provides a rarefied pleasure. “The driving force behind all our songwriting is to feel good, and to make other people feel good too,” Fuller points out. And thanks to their uncanny grace as sonic alchemists, The Heavy Heavy ultimately perform a certain magic with their music: eliciting a sublime daze that goes far beyond pure escapism.

Whereas their 2018 debut Supergiant dealt in the nostalgic language of rock, Valley Queen’s new music is borne of the endless present Carol experienced in her bedroom during lockdown, where time collapsed and the future needed to be created. Longtime member Neil Wogensen’s deft studio production elevates Carol’s most intimate musings to a cosmic scale, while Mike Deluccia’s pristine and exuberant percussion and synth arrangements hold it all down with pulsating immediacy. The result is a mystical space where past, present, and future collapse; a forward-looking, starry-souled record whose vocal approach recalls the choral harmonies of Judee Sill, supported by arrangements with a dancing spiritual fixation on rhythm in league with the Cocteau Twins. 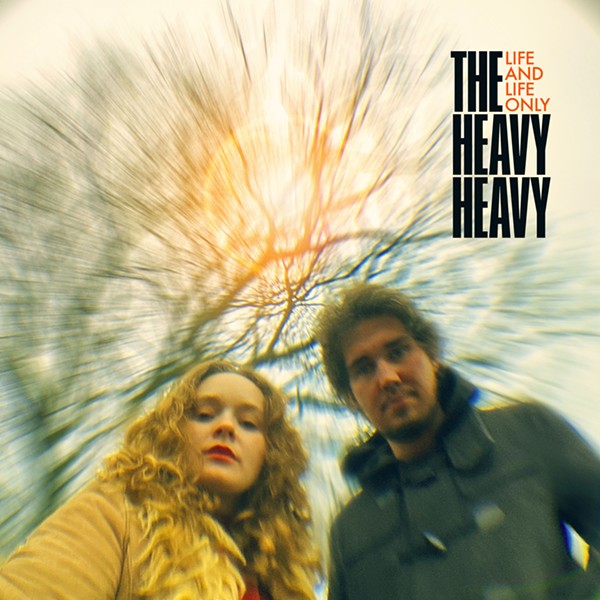 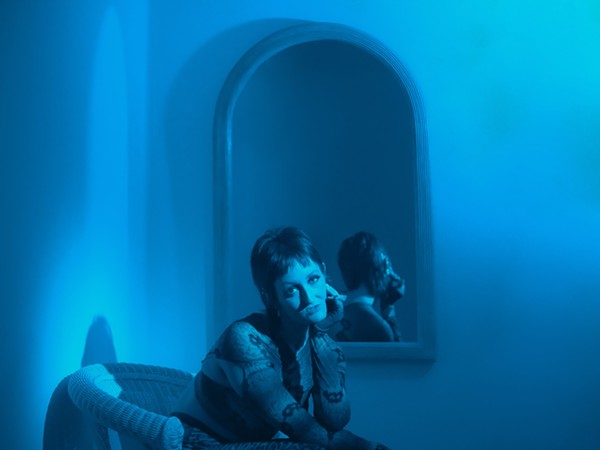