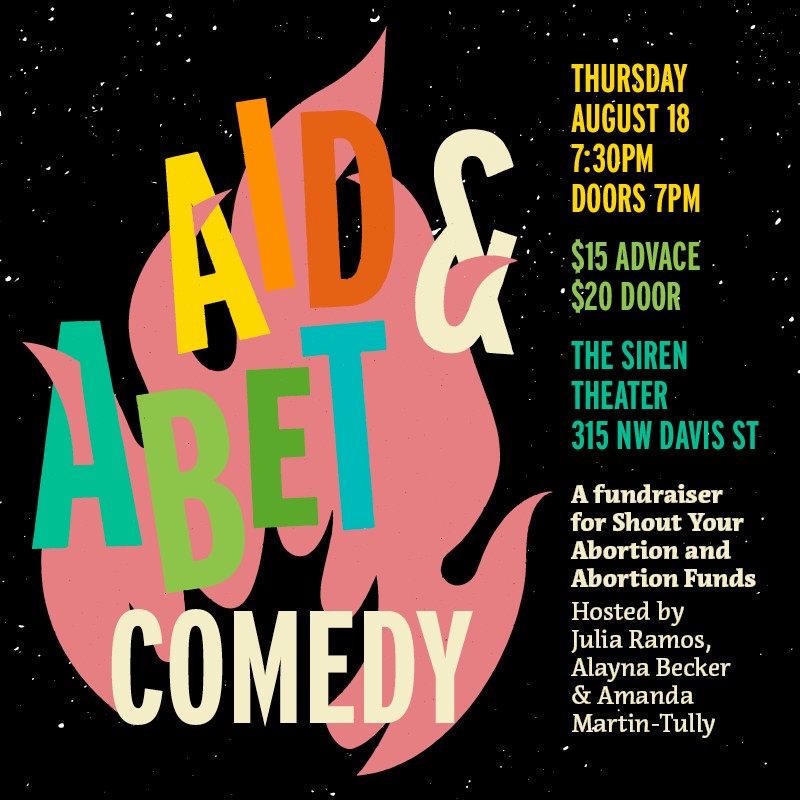 To these comedians, abortion can be a laughing matter. Portland
comedians Julia Ramos, Amanda Martin-Tully, and Alayna Becker are coming together
for an inspiring night of joke telling, rabble rousing and raising money
for abortion funds on August 18 at the Siren Theater. They will be joined on stage by
Portland favorites Laura Anne Whitley, Shain Brendan, Kate Murphy and more to be
announced.

The name, Aid + Abet comes from Shout Your Abortion, an organization dedicated to
breaking down damaging narratives about abortion, dismantling the idea that the
Supreme Court has any say in bodily autonomy and instead creating systems of power
among the people.

Proceeds from this show will go to Shout Your Abortion and the Mississippi Reproductive Freedom Fund. 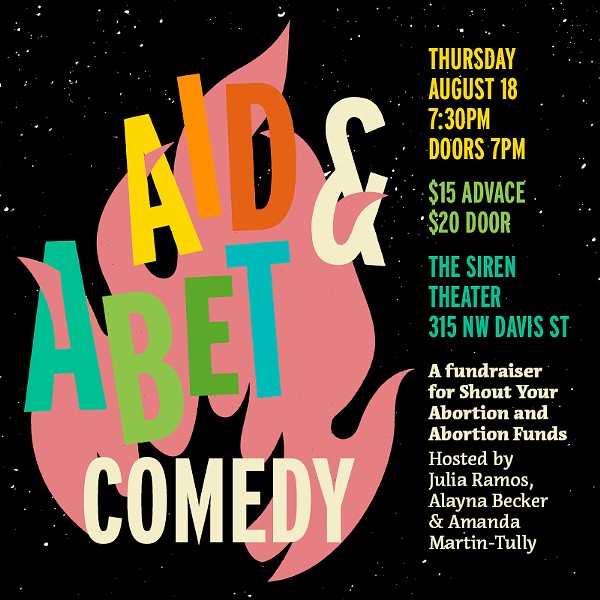