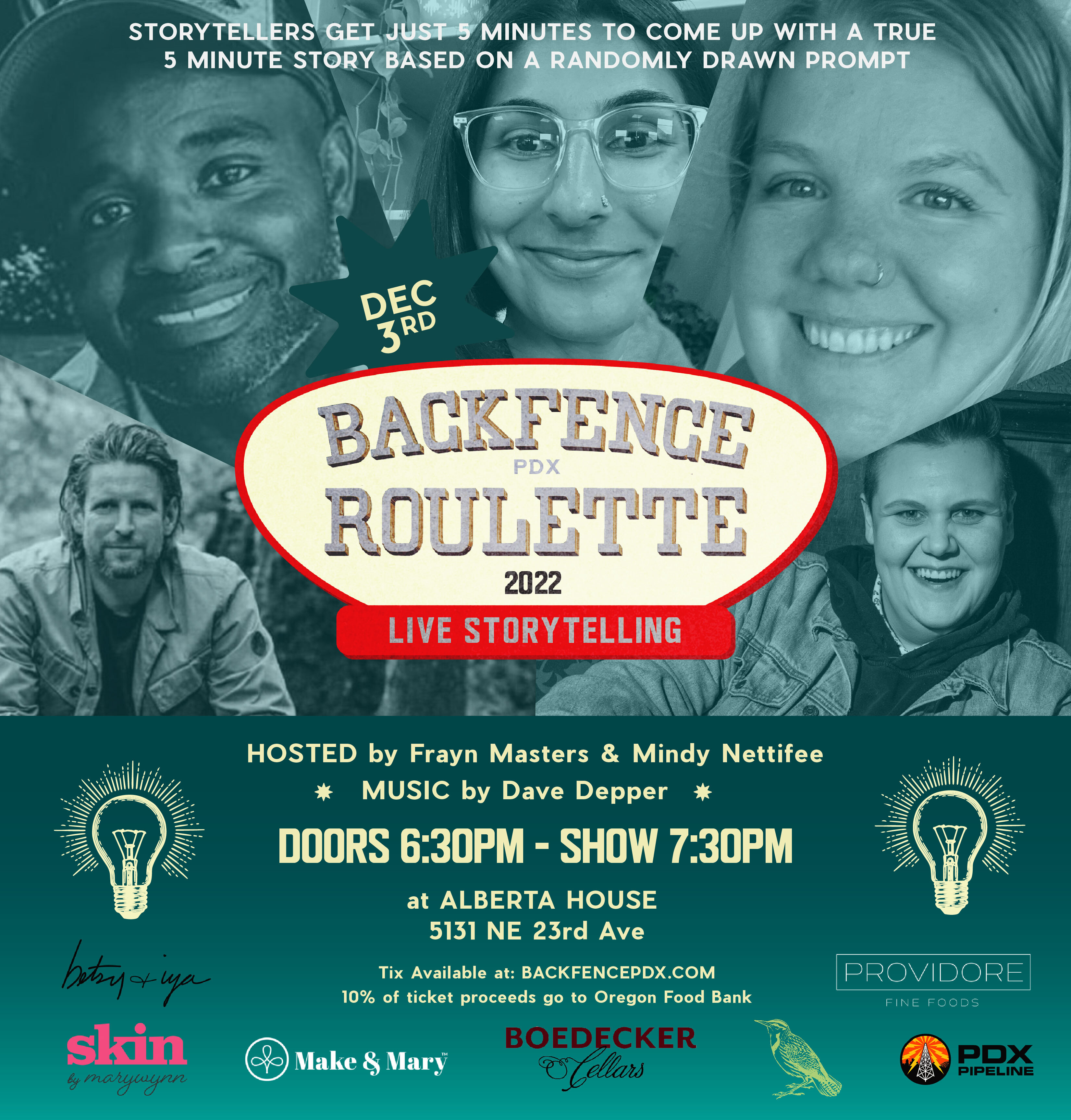 Come and see our 2nd show in the 22/23 season in our new home, ALBERTA HOUSE (fomerly Cerimon House), to hear some incredible stories! If you've been in Portland for a minute you might remember the beloved Sellwood venue, The Woods. AH has a similar storied feel to it. YOU ARE GONNA VIBE THIS VIBE.

AND ON WITH THE SHOW INFO...

How does BACKFENCE PDX: ROULETTE work? Each show begins with a giant game show size wheel packed with juicy story prompts. One of our five seasoned storytellers is randomly drawn. To determine the random prompt for their story, they spin that giant wheel! They can play or pass their prompt (once). If they pass, another teller can steal their prompt. Then the risky part… each storyteller has only 5 minutes to come up with a true 5-minute story based on their prompt! It’s like we invented a new game called truth AND dare. The audience votes on a winner at the end of the night – both the storyteller winner and one lucky audience member win a veritable bevy of prizes! We’ll have some other new surprises for 2022 shows.

VIP TICKETHOLDERS: Your admission includes a goodie bag containing a wine tasting voucher from Boedecker Cellars, a Civic Taproom Coupon, a redeemable voucher for Helium Comedy Club, a treat from The Mahonian. You also have access to reserved seating up until the start of the show!

STORYTELLERS FOR THIS ROUND

The winner from our AUGUST 20th show — ARLO WEIERHAUSER!

Arlo Weierhauser: Arlo is a comedian and was voted Portland’s Funniest Person 2017, and recently appeared The Late Show with Stephen Colbert. Actor known for Timmy Failure: Mistakes Were Made. Formerly fired from: Subway, Zoomcare, Nevada title loans, 4 software companies, berry picking, and an escape room company. Has been asked to quit acting lessons, voice lessons, a team-building workshop, and 2 dance classes. Banned from one US Bank, and one Albertsons. They are a 4-time ROULETTE winner.

Chris Williams: Chris has worked for the Portland Public Schools for the past eleven years. He produces a storytelling/community building event, Front Porch Sessions. He is 1/3 of the international, award winning improv group Broke Gravy that performed at this year's Portland TEDx in May. Chris believes in community engagement, self-reflection, transparency, laughing whenever possible and the power of telling and listening to stories. He is a 5-time ROULETTE winner.

Darshanpeet Gill: Darshanpreet is a high school science teacher who loves to be left alone. She is a phenomenal baker and avid reader. She is a ROULETTE winner.

Shannon Balcom-Graves: Shannon is a "cool" mom, Tik-Tok watcher,  and has a big girl job. She is a 5-time ROULETTE winner.

Grant Gosch: Grant has written and directed content for Nike, Intel, and other global brands. While working for large brands, his passion for storytelling translated to a weekly live storytelling performance called Live from Ocean Creek. Grant’s latest novel Kingfisher Lane can be found on Amazon. This is Grant's first time performing on ROULETTE. 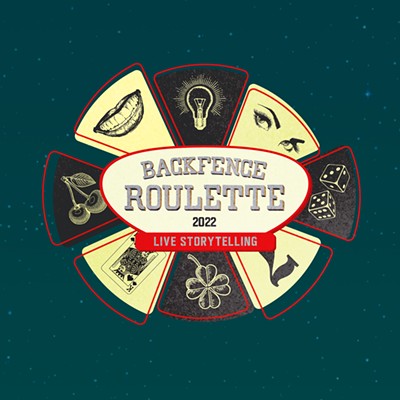