TEDDY AND THE ROUGH RIDERS

Teddy and the Rough Riders are a country rock band based in Nashville, Tennessee, with a keen sense for making songs that are as twangy and electrified as they are expansive and sensitive. Their music is both down-home and far-out; delightfully lysergic and subtly nostalgic, propped up by fine-tuned instrumentation and ingenuity. They’ve got the synergistic groove of The Band, the psychedelic tendencies of New Riders of the Purple Sage, and the rich lyrical imagery and hazy sonic textures of The Flying Burrito Brothers. Their debut studio album Teddy and the Rough Riders, produced by Margo Price and featuring the pedal steel talents of Luke Schneider, is due out Friday, July 1 via Appalachia Record Co. It’s a highly creative country rock record that transitions between barroom anthems and imaginative ballads with ease. Teddy and the Rough Riders are currently on the 2022 Bronco Tour with Orville Peck through May 27, including a homecoming stop on May 13 at The Ryman.

The group, which consists of Jack Quiggins (vocals, guitar), Ryan Jennings (vocals, bass) and Nick Swafford (drums), has long bridged the gap between Nashville’s rock and honky-tonk scenes. Their sound is the direct product of being born ‘n’ bred in Nashville, steeped in its country music history and mysticism, while coming up in its DIY rock community. Jennings and Quiggins, who pen the group’s tunes, grew up just blocks from Music Row, in Nashville’s West End (where the original outlaw movement came together during the ‘70s), where both the shiny and gritty influences of country music intersected. In the earliest iteration of the band, these influences and experiences distilled into songs over many nights in college of the two writing and playing covers together over whiskey.

“Ryan and I had this deal, where whenever we ran out of whiskey, it was the other person’s turn to buy more. We were switch-hitting bottles of George Dickel for months,” says Quiggins of their early days.

Swafford started playing percussion for them around this time and, in 2015, they all returned to Nashville where pedal steel player Luke Schneider joined the band. Schneider (who has played in Margo Price and William Tyler’s bands and released a solo ambient pedal steel album through Third Man Records) became an integral part of the group’s foundational musical configurations and overall sound.

Since then, they’ve released a home-recorded EP and LP, and several singles including a 7” record from Third Man Records. They’ve shared bills with artists such as Margo Price, The Raconteurs, Jeff the Brotherhood and Soccer Mommy, and have played as the backing band in most of Emily Nenni’s recordings and live shows. Musical collaborators include Skyway Man, Erin Rae, Sean Thompson and David Leonard, among others.

Up until the sessions for Teddy and the Rough Riders in the spring of 2019, they had mostly recorded at home. This was their first big studio effort with a producer, engineer, session players and the goal of an audible fidelity change. After narrowing down their best demos, the band recruited Margo Price to produce because of her creative vision and “let’s roll” Neil Young-inspired recording philosophy, and frequent collaborator Jake Davis to engineer. They recorded over just a few days at Club Roar. Friends Luke Schneider, Jeremy Ivey and Emily Nenni and talented session players Mike Eli, Micah Hulscher, Laura Epling and more came in to lend their talents to the songs being cut.

“We ended up living with the purity, and the mistakes, and all the good of that. Some people spend three to six months on albums, and we were like, we have 900 dollars, let’s record these songs in three days,” drummer Nick Swafford recounts.

Price’s direction was a valuable asset to making the record a mature reflection of the band’s sound.. Her innate style and attention to detail had a major impact on the production. She helped make arrangements flow, suggested bringing in a trumpet, trombone and saxophone and encouraged experimentation. Her support helped the band feel relaxed, fun and expressive. Seven months pregnant with her daughter at the time, she brought a magical, motherly vibe to the studio atmosphere. She nurtured them with advice and direction, as well as pre-rolls and immunity shots.

The album is a ripper from top to bottom. Many parts were recorded live, the energy of which permeates throughout the album, giving a down home feel to the hi-fi tracks. With the hot guitar licks and honky-tonk piano on opening track “Go Lucky Kind,” Teddy and the Rough Riders give it their all right out of the gate. Lyrical detail creates vignettes within each song. “Broken Bridges” and “Complacency” speak on bad politics and the irony of American life. “Dance Floor Blues” comes in hot with a grooving two-step beat. Harmonies from Margo Price and Emily Nenni, sung into one

microphone, make the infectious melody of the chorus even more irresistible. Songs like “Rhinestone Salute” and “Bad Spot” tackle typical outlaw country subject material from a fresh perspective, in the former song poking fun at cosplay cowboys and the latter, getting bothered by cops for smoking pot and having long hair. “Livin’ In the Woods” weaves colorful anecdotes from days as neighborhood kids into the pipedream of leaving society behind. In it, choral vocals provide a familiar country sound to layers of psychedelic guitar riffs and trumpet flourishes. The clever turn-of-phrase in “Drink Better” provides levity to the mix. “Leaving Forever Again” is a classic steppin’ out song with soulful organ and fingerpicking, while “Cat and Mouse” and “Sunset” deal with more abstract concepts of want and loss. The album ends with “Hey Richard,” a song Jennings penned about Little Richard years before his death. It’s an homage to him and Hank Williams– enigmatic characters and supernatural figures in Nashville’s music history. Jennings’ whispery soft vocals are joined by the voices of everyone else, singing, “Hey Richard, won’t you come around? / Let your hair down / Throw the good book at me,” as the chorus fades out.

Though the record is a collection of eclectic stories, there’s an overarching theme of containment and contemplation about how things are working out in the world. This took on a second meaning, meta to the album itself, when they ran into setbacks trying to release it. Not unlike other points in their career, they felt they had to “hurry up and wait” for something to happen. While sitting on what was their proudest work, they recorded two more albums worth of material. In the fall of 2021, the band signed to Appalachia Record Co. Though it’s been a long time coming, the wait for Teddy and the Rough Riders is over.

Margo Price puts it best, saying, “Teddy and the Rough Riders are one of my favorite Nashville bands, and given the chance, they will unite the hippies and the cowboys, the bikers and the stoners with their groovy country songs.” 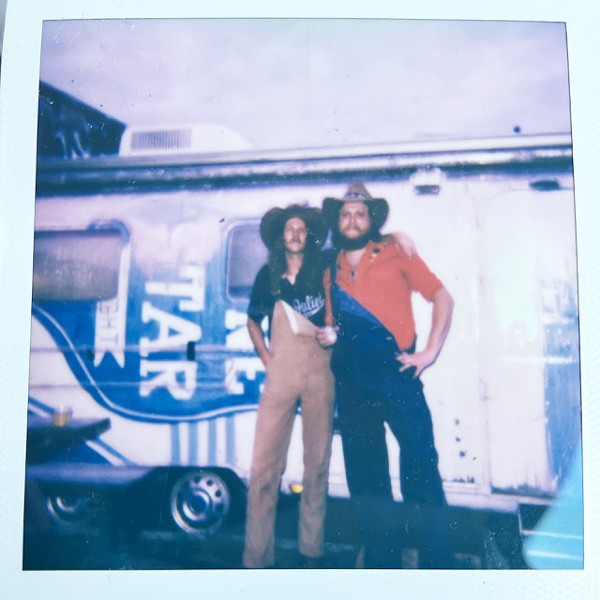