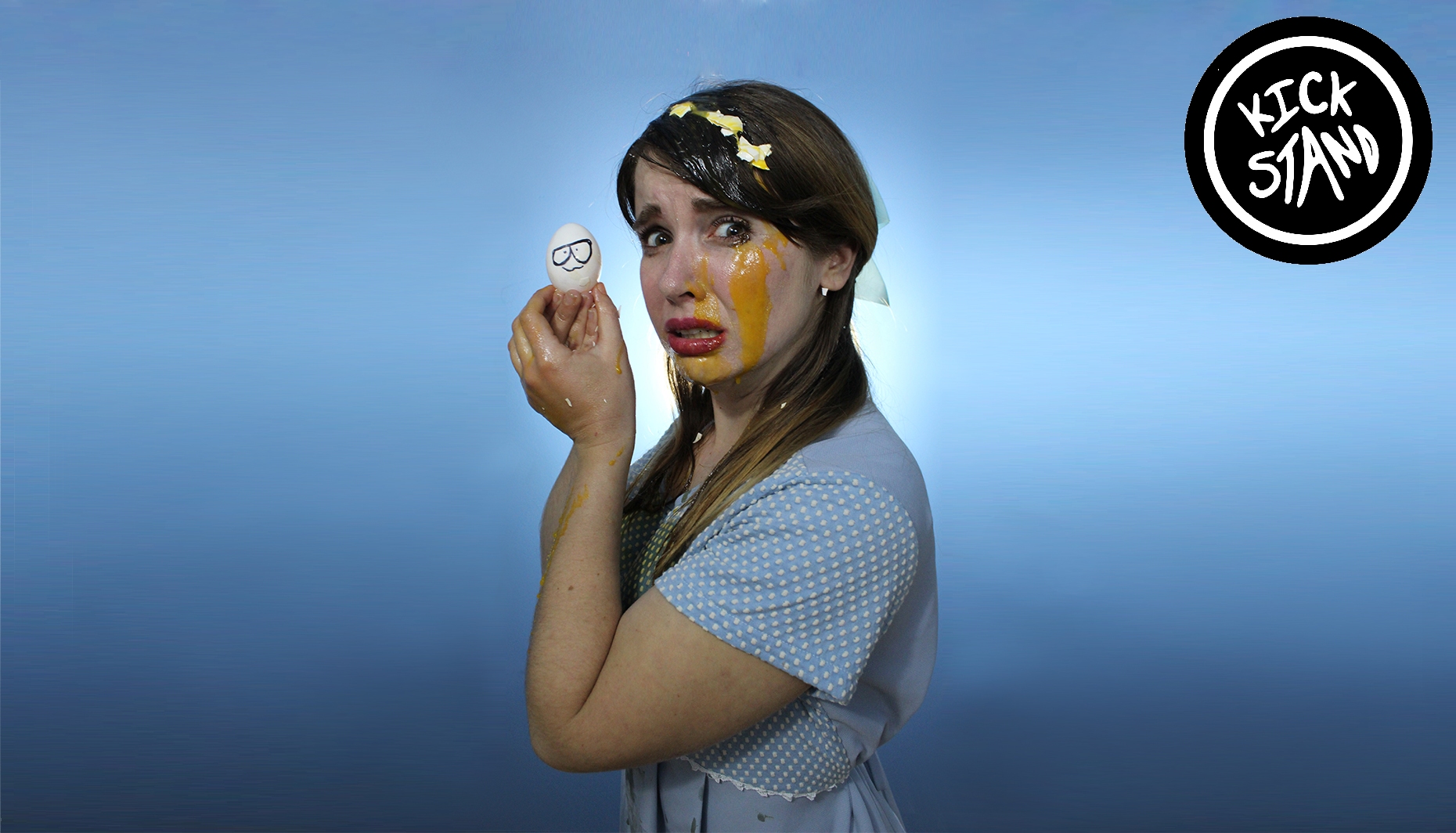 A woman lays an egg every day and faces the decision: to raise it or eat it. A hilarious and surreal melodrama of yolks, shells and funerals, Natalie Palamides’ Laid explores motherhood with absurd dilemmas, silly routines and surreal physical comedy.

‘ONE MINUTE YOU ARE ROARING WITH LAUGHTER, THE NEXT STIFLING A TEAR.’ ★★★★ Times

First performed in 2017, we’re bringing Laid back to our stage. Don’t miss Natalie’s stunning, critically acclaimed debut – the show that laid the way for her follow-up Nate, as seen on Netflix.

We’ll see you at Clinton Street Theater on December 10th!

'ABSURD AND VISCERAL... PALAMIDES' PERFORMANCE TURNS YOUR STOMACH, SCRAMBLES YOUR BRAINS AND LEAVES YOU SQUAWKING WITH LAUGHTER.’ 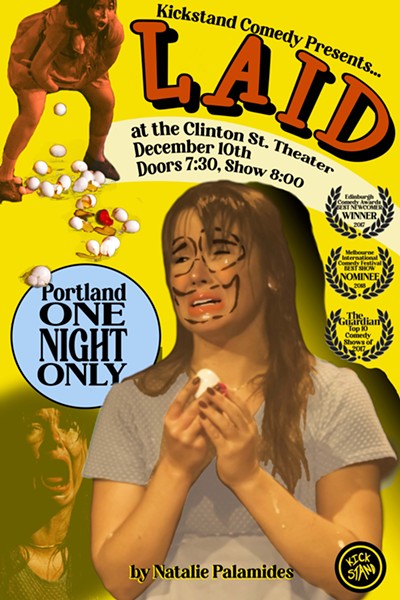