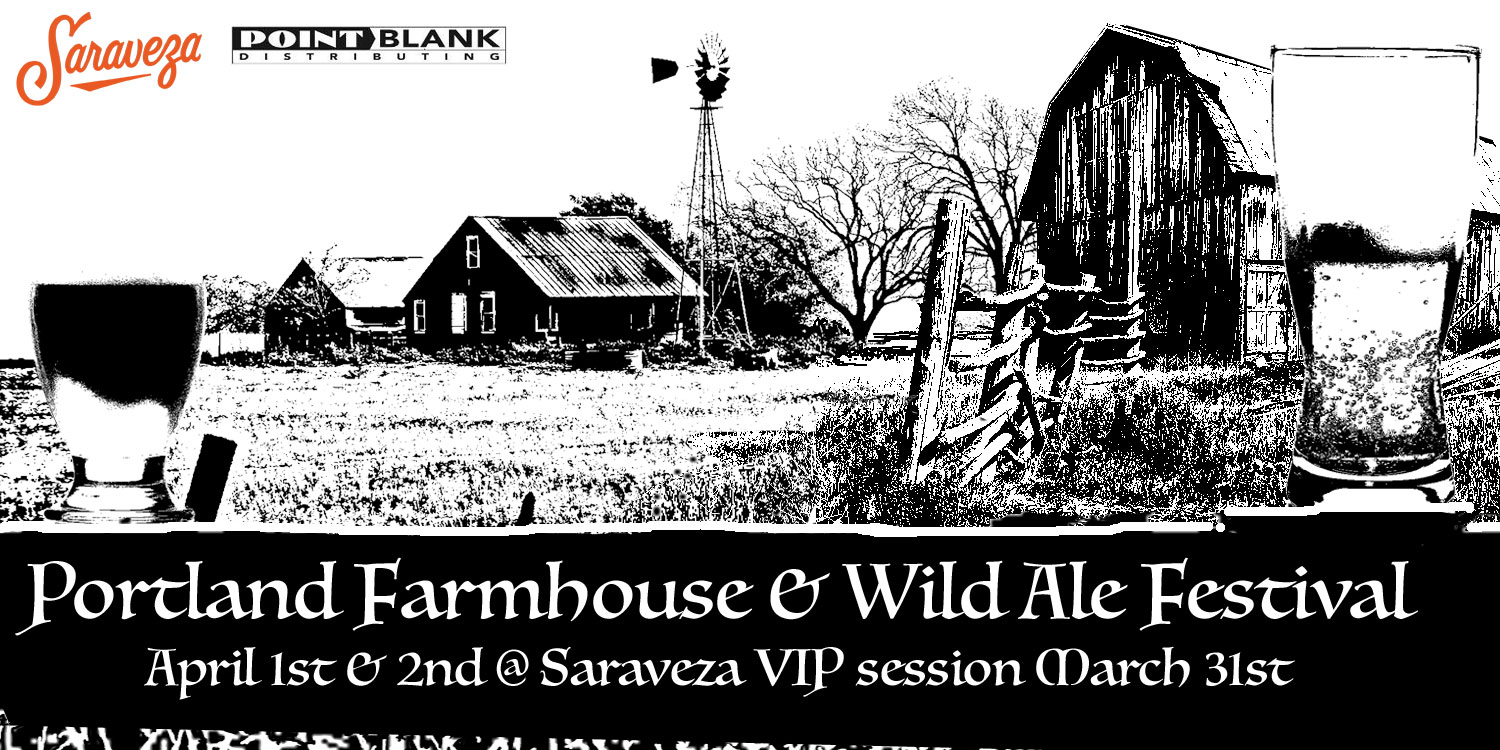 at Saraveza
This event has passed.

This years event will be the largest yet with more breweries and beers than ever and a larger outdoor tent and special new Friday VIP session.

General Admission ticket is good for entrance on either Saturday or Sunday and includes one collectible farmhouse festival glass and 10 drink tickets. 4oz pours range from one to five tickets per pour.

VIP Session admission is for an early preview on Friday March 31st from 4-9pm. Get a first chance to try some of the rarest beers in a more intimate crowd. Also the first opportunity to purchase bottles of our official 2017 beer by Logsdon Farmhouse Ales (more details TBA.)