Introduction to Escape-ism shouldn’t only be reviewed in the music press but in the “world affairs” column of a conspiracy-minded newspaper, on a hot-rod review TV show, or possibly at an important conference by a renowned astrophysicist. It’s that important!

Why? Because it’s the first “solo” record by Ian Svenonius—of groups The Make-Up, Chain & the Gang, The Nation of Ulysses, XYZ, Weird War, etc. and author of underground bestsellers such as The Psychic Soviet, Supernatural Strategies for Making a Rock ’n’ Roll Group, and Censorship Now!!—and as such, it’s profound, prophetic, perverse, and poetic… It’s introverted glitter, violence against the state, obsessive desire; it stomps on convention, shreds constitutions, clobbers pre-conceived notions of what a record can be.

Yes, that’s right: a single-person performance by I.F. Svenonius—recognized by Performer Magazine as the “greatest performer on the planet”—Introduction to Escape-ism is a bite into a one-banana bunch.

A drum box, a guitar, a cassette player, and a single slobbering, sinful voice singing out…for a way out. Live, it’s a new paradigm of performance: raw, gestural, idiotic, sublime, revolutionary, poetic, faux naïf, unknowing, a drainage pipe that leads to who knows where.

[LOUNGE LIZARDRY] Since 2008-ish, Rex Marshall has been slumped over in the darkest corners of Portland, not so much stalking its seedy underbelly as just sort of drunkenly leaning into it. He treats his sonic alias, Mattress, literally—though more like a soiled Tempur-Pedic discarded in the alley of some dystopian metropolis than anything on which anyone could sleep soundly. Which is to say, Marshall's music has always alloyed lo-fi grit with electro-engineered precision and a crooner's confidence. But on latest release Looking For My People, the singer sounds more unhinged than ever. "Fuck the Future" lathers Coil's Horse Rotorvator with turpentine, somehow making industrial pop sound even more industrial, while album highlight "How Many Tears?" manages to make the idea of Nick Cave fronting This Heat seem genius. Not all of it is '80s goth detritus, though: The titular mantra of "Shake" slows a Death Grips-esque screech 1,000 percent, and the album's title track briefly switches souls with David Bowie's Blackstar swan song. Woozy, desperate, hobbled and hilarious, Looking For My People is the endlessly listenable soundtrack to an apocalypse experienced atop a leopard-print bar stool in the oldest dive bar in Vegas. It's not quite real, but it's absolute magic. - By Dom Sinacola (Willamette Week) 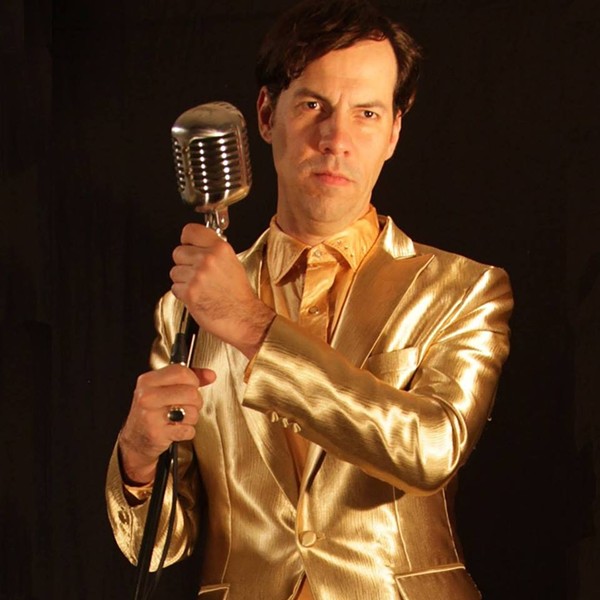 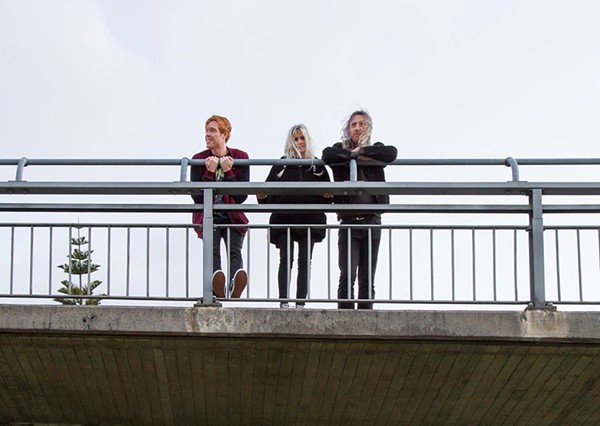