PREACH!
PREACH! is an explosive combination of spoken word and long-form improvisation. Established in 2016 and based in Chicago, Illinois, PREACH! aims to challenge apathy and promote love and positivity through their work. PREACH! has been featured in the Chicago Reader as a "Must See" group. They have performed at the Second City Diversity in Comedy Festival, Black and Funny Fest (Minneapolis), the Chicago Fringe Festival, the Chicago Improv Festival, the Detroit Improv Festival and more.

LOCAL ENSEMBLE
Last year was the inaugural year of the Local Ensemble and, if you've heard the stories of their shows, you know the ensemble made magic, brought folks to tears, and convinced us all that beauty and laughter still exist in the world. So, we're bringing it back. Directed by Philadelphia's own Kristen Schier! 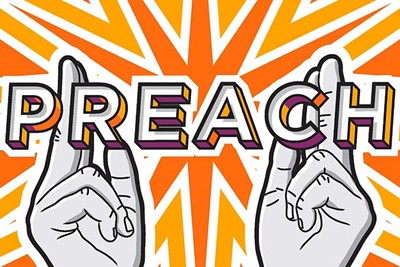