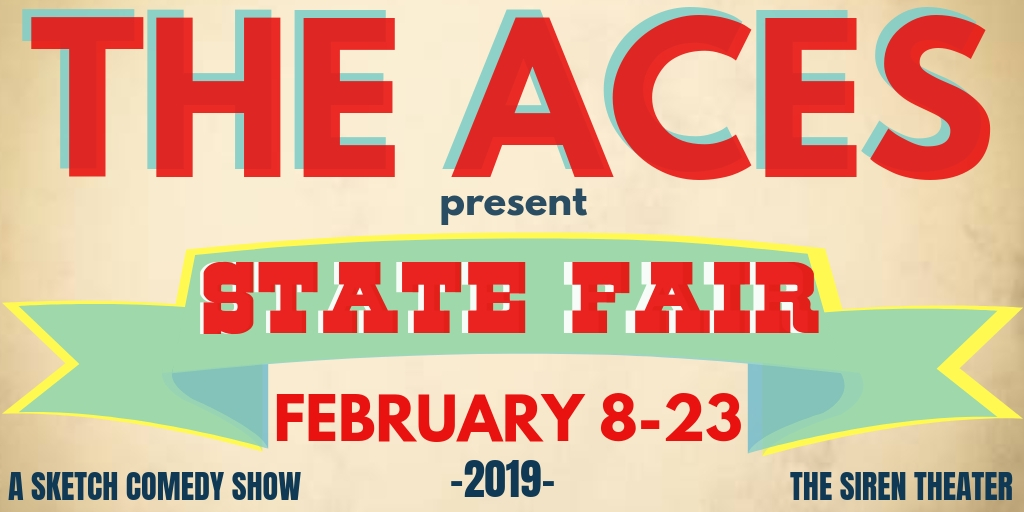 at The Siren Theater
Advanced online ticketing ended at 6:30. Tickets available at the door for $20 starting at 7:30

When the sketch comedy gods created the earth, they smiled upon The Aces. The Aces are made up of Michael Fetters (Portlandia, Wild, Grimm) and Shelley McLendon (Road House: The Play!, The Lost Boys-Live!, Sedan Sketch Comedy), and the two have been performing together as The Aces since 2011. You've seen them perform in the Portland Mercury's Undisputable Geniuses of Comedy show, at Portland Center Stage, in the Chicago Sketch Festival, The Portland Sketchfest, and you've heard them on OPB's State of Wonder... and you have loved every minute of it.

The Aces present State Fair- a show that promises 4H, funnel cakes, barfy rides, tons of booths, and a chance to see the worlds largest buffalo!

People like to come more than once, so don't delay.

Written and Performed by The Aces
Directed by Loren Hoskins 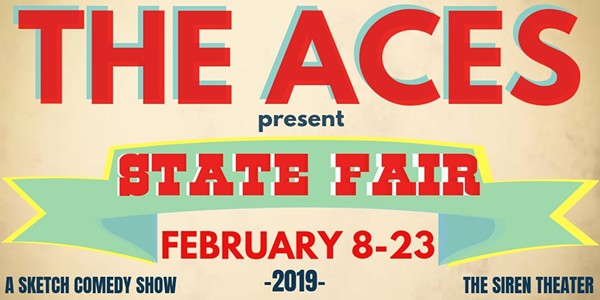