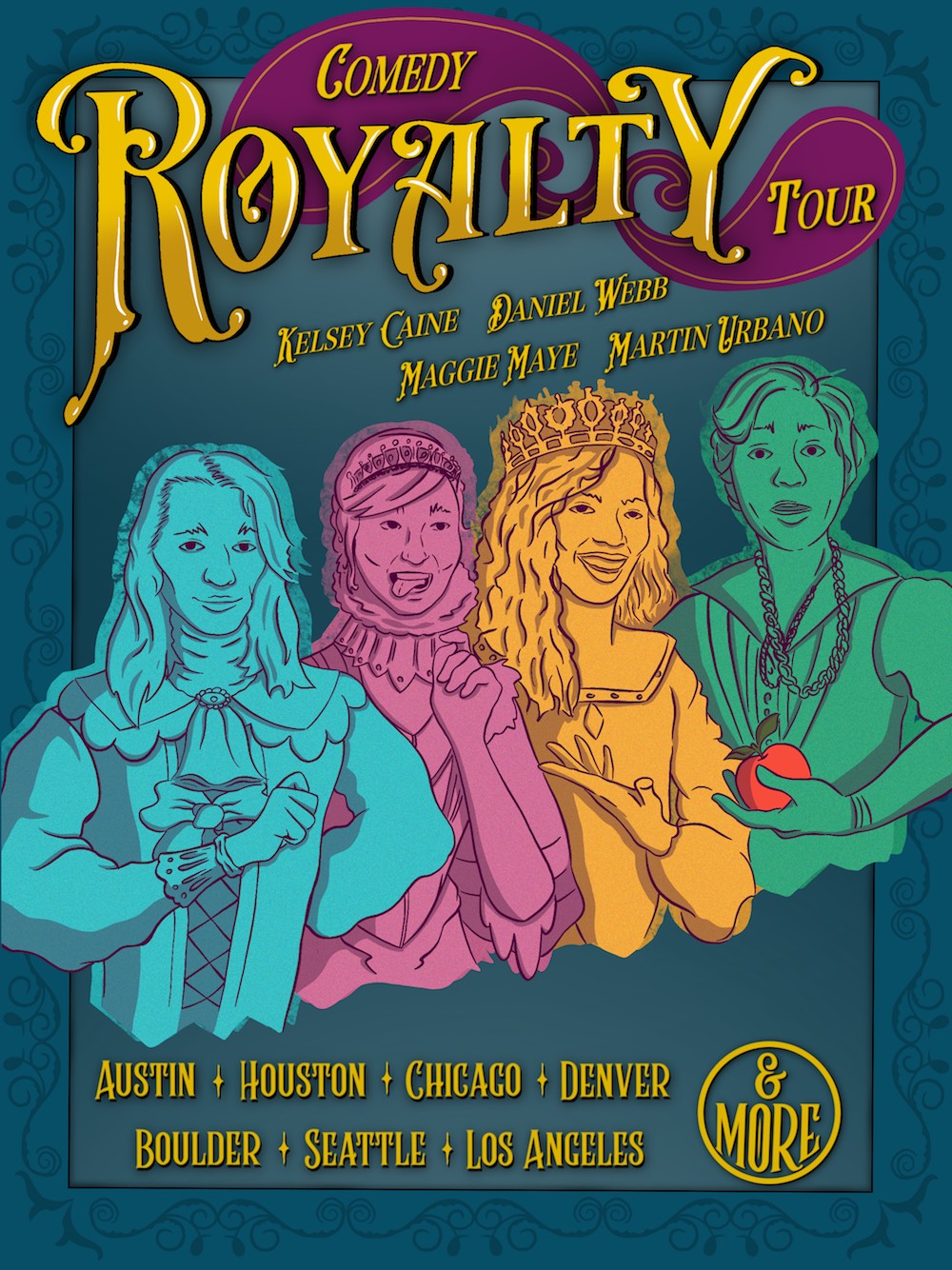 at The Siren Theater
Advanced online ticketing ended at 7pm. Tickets available at the door for $15 starting at 7:30pm
One night only. Stand up comedy royalty.
How divine. Their majesty has arrived. Meet the royalty:
Daniel Webb is an LA-based comic from Texas, whose stand-up has been described as an energetic, electric, adrenalized train, and "a splendid rush of charisma." Known for a fast-paced, wide-ranging set, Daniel is featured on Unprotected Sets (EPIX), Inside Joke With Asif Ali (AMAZON), Coming To The Stage (HULU), Mortified Guide (NETFLIX) and Out On Stage: The Movie! (NATIONWIDE!).
Maggie Maye loves candy almost as much as she also loves performing comedy. She made her late night debut on CONAN and was featured on Last Call with Carson Daly and AXS TV presents: Gotham Comedy Live. She’s written for the New Yorker an opened for Hannibal Burress, Paul Rodriguez, Gladys Knight, and Earth, Wind and Fire. Her comedy is described in the same way she is: sassy, charming, and smart. Also, a 6-year-old once told her she was the funniest person ever. And kids rarely lie.
Martin Urbano is an NYC-based comedian/satirist who has appeared on Jimmy Kimmel Live, The CW (Howie Mandel's Comedy Gala), and Comedy Central. He's currently writing on an upcoming Viceland show and is writing a pilot for TBS. He's performed at Just For Laughs, Bonnaroo, The New York Comedy Festival, Boston Calling, and has opened for Chris Kattan. "A totally unique and strange voice, Urbano is definitely a comic to watch out for" (badfeelingmag); "He received great reviews at JFL for his bit on pedophiles" (Interrobang)
Kelsey Caine is a New York Times contributor and was a state finalist in the Miss New York USA Beauty Pageant 2017. An advocate for sexual assault education in schools, she’s currently writing a book on the topic “What To Do With #MeToo”. Her performances include light prop comedy, puppets, and her satirical character PENIS CK.
7:30 doors/ 8pm show
$10 adv/ $15 door
sirentheater.com
The Siren Theater is all ages but not all show content is.