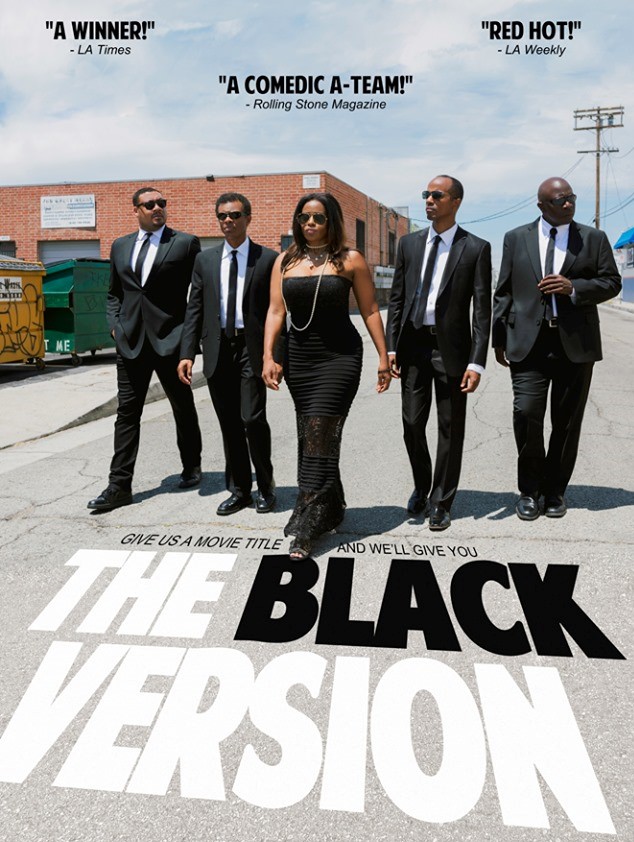 From Los Angeles, it's The Black Version

at The Siren Theater
Online ticketing ended at 6:30. Tickets available at the door starting at 7:30 for $25.

You give them a movie. They give you "The Black Version."

The Black Version is a completely improvised show that started at the Groundings Theatre in Los Angeles in 2010 to sold out crowds and great reviews. Rolling Stone magazine calls the show “Hot” and the cast a “Comedic A-Team”. LA Weekly says the show is “Red Hot” and “Scores more than its share of belly laughs” while the LA Times calls the show “A Winner”.

This talented cast has vast film and television credits ranging from Mad TV and Saturday Night Live, to The Boondocks and Reno 911. The show begins when the director asks the audience to suggest a popular film title and then the cast, right there on the copy, improvise the “Black Version” of that film. The show regularly performs at the Groundlings Theater and the Largo at the Coronet.he

Two nights only at The Siren Theater 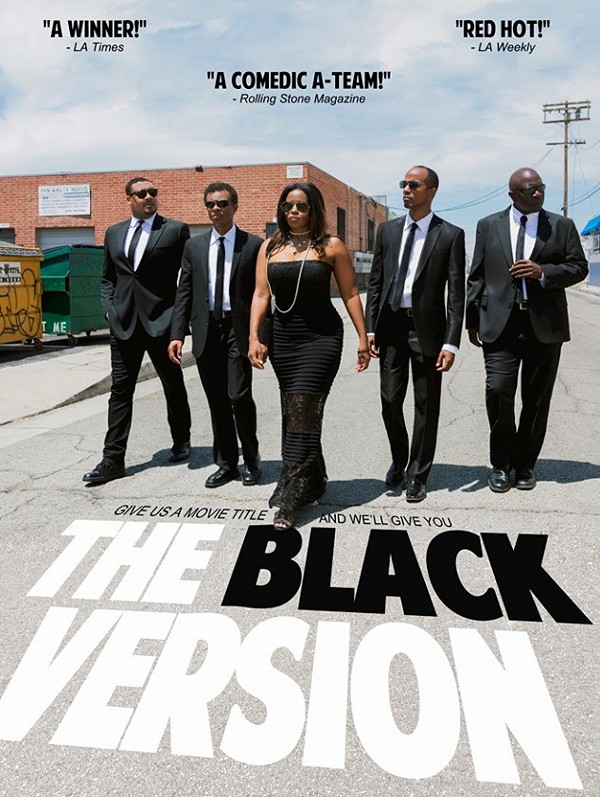