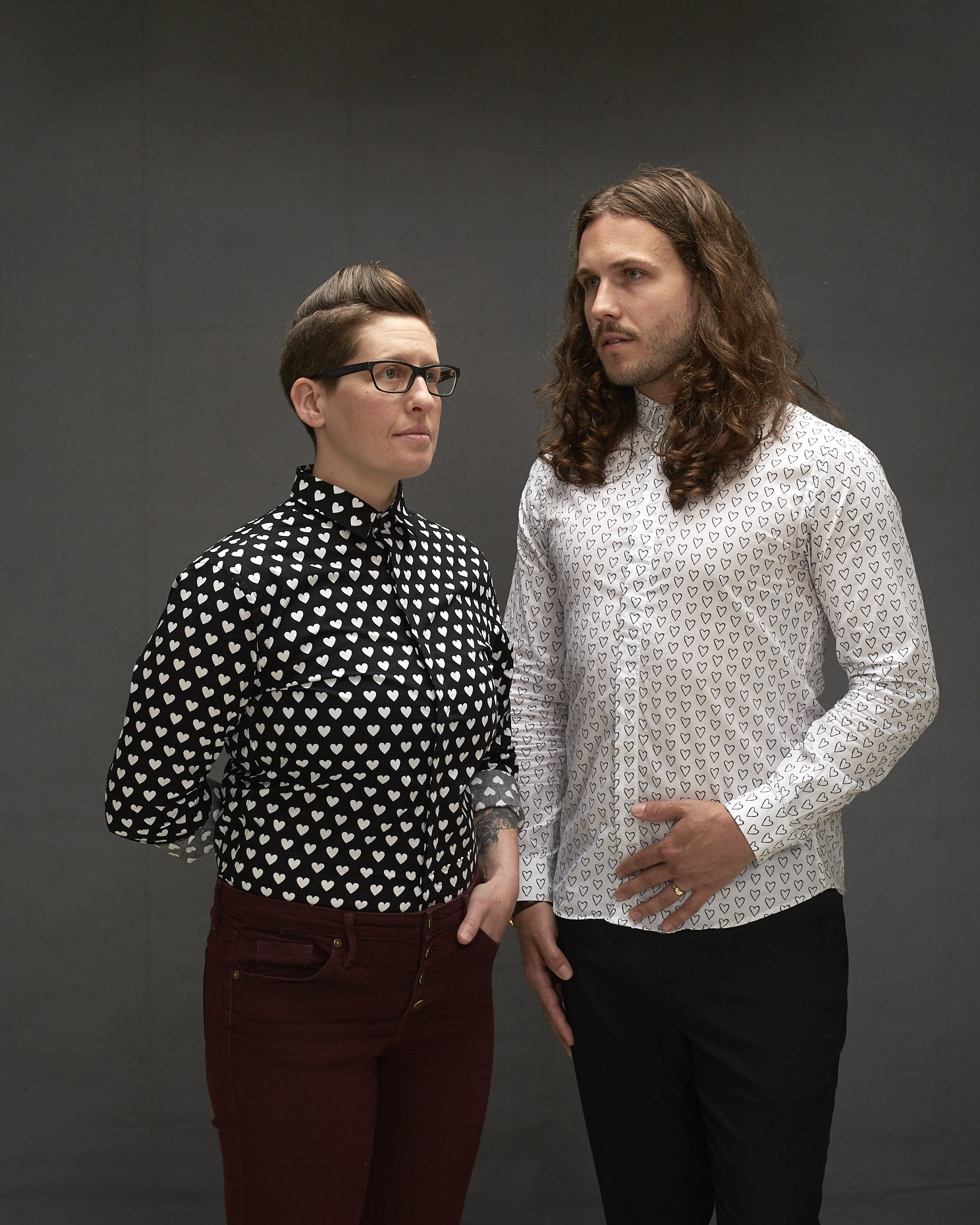 “A revolution without dancing is not a revolution worth having" is a quote famously attributed to Author Emma Goldman. These words could be the motto of Emily Westman and Andrew Vait; better known as pop duo SISTERS.

SISTERS are poised to release their We Can Get Together EP (September 13, 2019 – Tender Loving Empire). The EP features remixes of songs from the band’s sophomore release, Wait Don’t Wait, a new track called “We Can Get Together,” and the official release of their pride anthem, “Queer Life.” The three remixes feature production work by Budo (Macklemore, Reinwolf) and The Seshen, and appearances from two of Seattle’s most respected hip hop icons, Sol and Tilson XOXO. What began as a one-off project in a small Seattle studio called The Ruby Room, which has seen releases this year from virtually every rising star in Seattle’s hip hop community (standouts include: Travis Thompson and ParisAlexa), has culminated in a quintessential SISTERS gathering of the music community that has supported their rise to local cult-pop stardom. “Togetherness” has always been the calling card for the duo’s live performances; The We Can Get Together EP is the result of that dynamic coming to life in the studio.

On the heels of their debut LP, Drink Champagne (February, 2017), SISTERS released their second full-length album, Wait Don't Wait in October of 2017 via Tender Loving Empire. Since the release, the band has been in high demand touring Europe and the United States in 2017 and 2018 – appearing at SXSW, Treefort Music Fest, numerous Pride festivals, and at Capitol Hill Block Party in their hometown of Seattle, WA.

SISTERS continues to connect with audiences through songs that beg repeat listens and performances that turn venues into dance parties. Through that connection, they are working toward creating a world that is safe for everyone. Hatred, violence and all of the things that threaten life and love cannot survive in the face of true joy. And in a world that desperately needs it right now, SISTERS consistently delivers unrestrained joy.