Andie Main is a comedian, artist and concerned citizen. She’s also recording her debut album in Portland on September 8th at Kickstand Comedy! Andie has been a mainstay of the PDX comedy scene for 7 years, and has also performed at festivals like Bridgetown, The Comedy Exposition, SF Sketchfest and The All Jane Comedy Festival. She’s recently relocated to Denver but hasn’t forgotten where she came from which is why she’s recording her hour in her hometown. Come be a part of this wonderful evening of comedy. Shows are at 7 and 9pm and will feature Andie as well as a group of her favorite Portland comics. 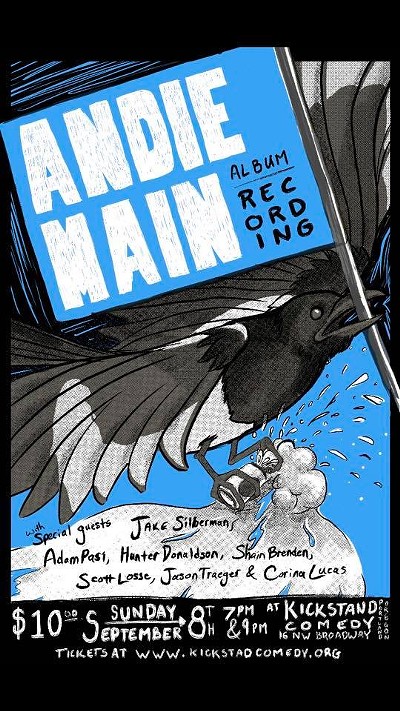