A comedy benefit raising money for Amazon Watch a nonprofit dedicated to to protecting the rain forest and advancing the rights of indigenous peoples in the Amazon Basin. Come out to see a great show for an even greater cause! 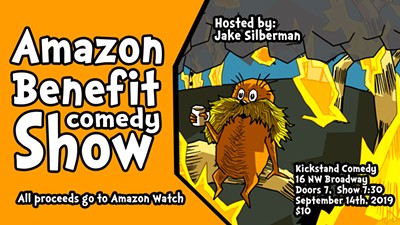