F*ck Tinder: A Love Story is a comedic storytelling rollercoaster from The Moth champion David Rodwin. After getting held up at gunpoint the night his girlfriend breaks up with him, David moves to San Francisco and goes on dates with 120 women in 2 years -in search of love, but finding everything else. From a first date hook up who unexpectedly brought along her infant, to being taken to a sex party by a woman who’d just told him “I love you,” David brings you on a journey you’re glad he took and you didn’t. Surprisingly, David’s crazy stories grow into a serious spiritual commentary on modern dating, even finding biblical inspiration to cut his heart openand try once more for something substantial. And  that leads to a tale of love that takes a strange twist.

“A  phenomenal  writer”  –Stage  And  Cinema

David  Rodwin(Writer/Performer)  has  created seven one-man shows that have played in over 30 cities in the  US & Europe. He is also writer/composer of five large-scale opera/musicals developed or produced at venues from American Opera Projects and The O’Neill  to The Public Theatre and Mabou Mines. He’s  finishing the book of F*ck  Tinder: A Love Story and the memoir Never Meet You Idols about living and working with his mentor Spalding Gray at an arts colony shortly before his suicide. David has worked in the  writers’ rooms on TV shows from CBS to Disneyand is developing his last solo show Total Novice into a feature  film. 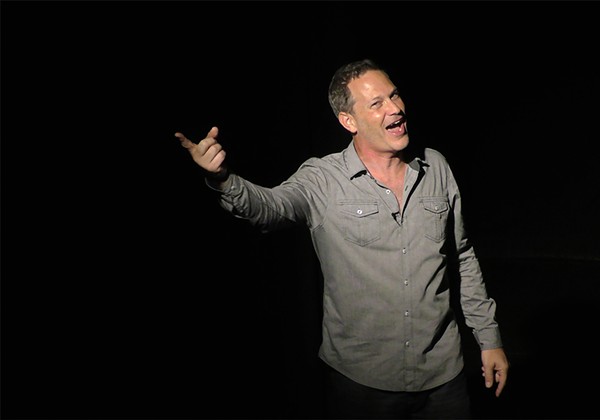 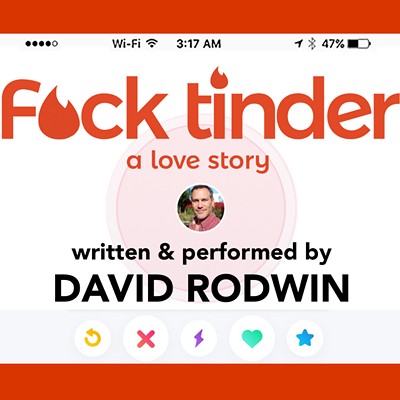