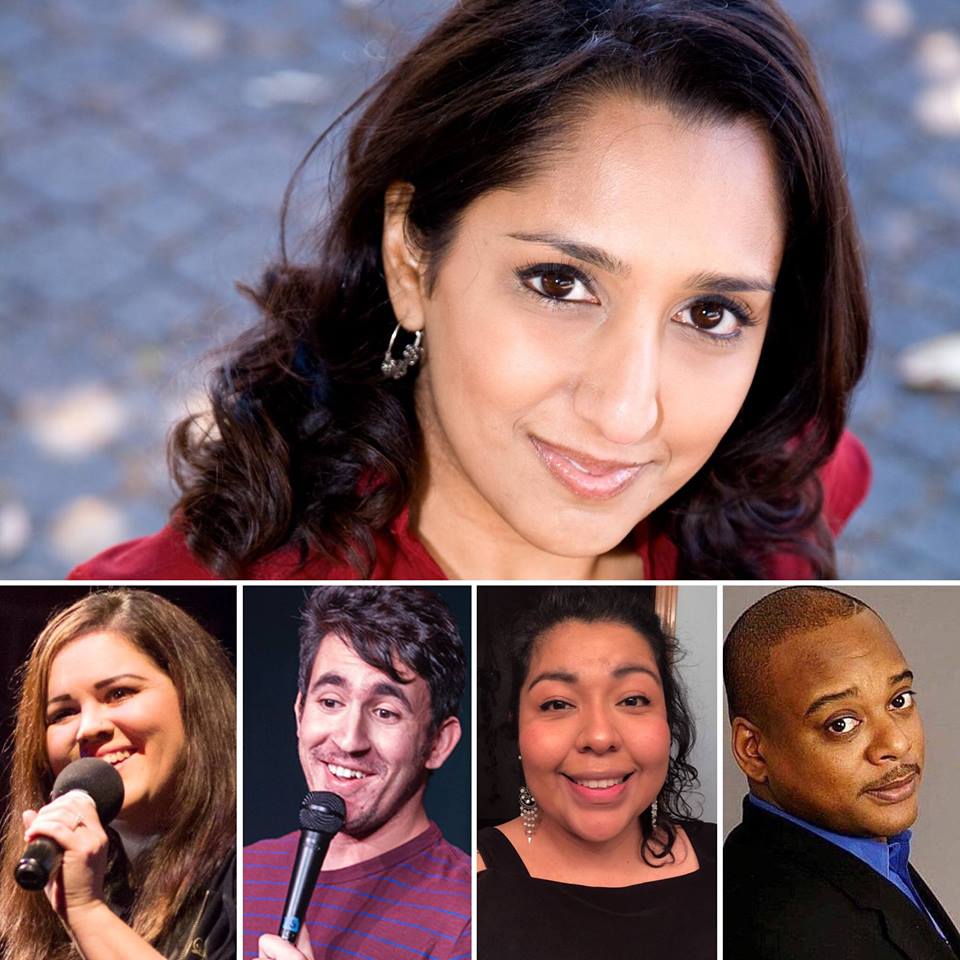 at The Siren Theater
Online ticketing ended at 6:30. Tickets available at the door for $15 starting at 7:30

Dhaya Lakshminarayanan is the 2016 winner of the Liz Carpenter Political Humor Award presented by the National Women’s Political Caucus. The SF Weekly named her one of the “16 Bay Area performers to watch in 2016.” She was named one of “The Bay Area’s 11 Best Standup Comedians” by SFist. The San Francisco Bay Guardian named her Best Comedian 2013 in the “Best of the Bay” Readers’ Poll. Comedy Central Asia crowned her the Grand Prize Winner of “The Ultimate Comedy Challenge” filmed in Singapore. She is the sole subject of the documentary “NerdCool” which premiered at the LA Comedy Festival in 2018.

She has opened/featured for or worked with Janeane Garofalo, Marc Maron, Greg Behrendt, Jello Biafra, the late Dick Gregory, Anthony Jeselnik, Maz Jobrani, and Greg Proops. Dhaya introduced former Vice President Al Gore at an event. He then laughed onstage at her joke, so technically she once opened for Al Gore.
She has been an invited performer at Bridgetown Comedy Festival San Francisco Sketchfest, the Boston Comedy Festival (semifinalist), the Limestone Comedy Festival (Bloomington, IN) and Laugh Your Asheville Off (Asheville, NC).

Dhaya is also currently the host of San Francisco’s monthly Moth StorySLAM after winning a Moth StorySLAM and competing in the GrandSLAM at the Castro Theater (capacity 1400). ON24 awarded her the grand prize for “Best Travel Disaster Story.”

Advanced ticketing ends at 6:30 pm on the night of the show. Tickets available for $15 starting at 7:15 pm at the door. 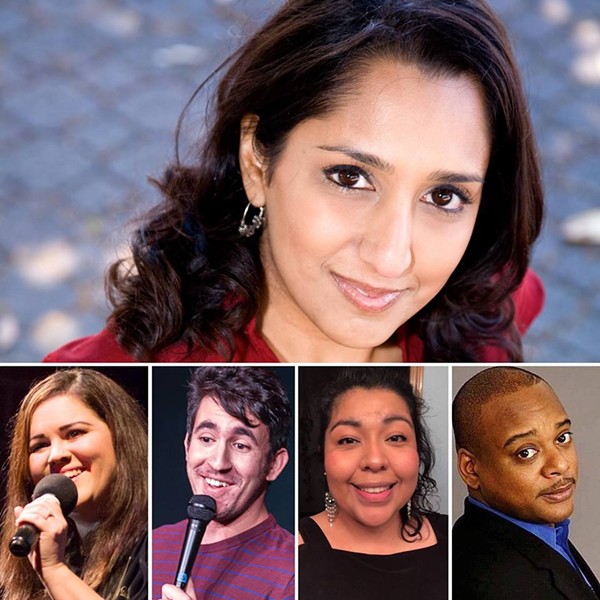