Andrew and Brent are two perfect and innovative comedians from Los Angeles and they're in town one night doing two co-headlining shows. This is the greatest opportunity in your life, don't mess this up.

Andrew Michaan is the only comedian / actor / writer in Los Angeles. He co-hosts the popular podcast Podcast But Outside, recently did stand-up on The Late Late Show with James Corden, and appeared in the latest season of I Think You Should Leave on Netflix. He owns two small dogs and has never once made a mistake.

Brent Weinbach's stand-up comedy is weird and stupid and visual and post-modern and random and other stuff. Brent is a recipient of the Andy Kaufman Award, which recognizes innovation in stand-up comedy.  Brent has appeared on Conan, Comedy Central (The Meltdown, @midnight, Corporate, Kroll Show, Another Period), IFC, and Adult Swim. His stand-up special Appealing to the Mainstream is on Amazon Prime.

The Siren Theater is all ages, but be aware that not all show content is. Use your discretion when bringing younger audience members. 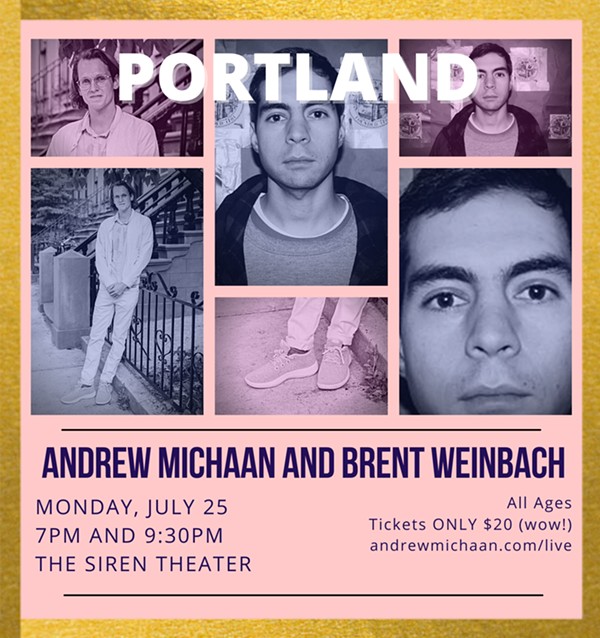